Update 2015-01-21:
Since writing this post, Chrome and Firefox have changed their alpha-blending functions. Demos likely won’t work anymore. This is good news!

History-sniffing attacks let front-end code peek at other sites you’ve visited. They can be used to target ads, steal information, or discern your identity. Creepy.

Historically, one of the most popular history-sniffing techniques was to style :visited links using CSS and check their color with JavaScript. Major browsers started implementing privacy changes to address this attack in 2010.1 As a result, JavaScript’s getComputedStyle now returns unvisited styles for visited sites.

Even with these limitations there are a number of ways to scrape a user’s history. The remainder of this article describes a combination of tricks used to do so. The outcome is a proof-of-concept history-sniffing game.

Though getComputedStyle is a dead-end, sniffers can trick users into telling a script which links they’ve visited. This demo is the clearest implementation that I’ve seen; the site shows a grid of styled links and asks you to click the red ones.

I saw the demo above while working on an unrelated game. The game asked players to hit the spacebar when a box turned red.

“Hey”, I thought to myself, “this game could be so much more sneaky!”

I swapped the box out for a stack of links and styled :visited to background-color:red. It was totally evil and awesome and ready to go! 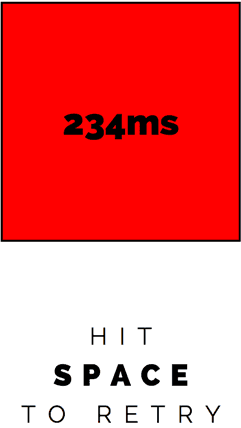 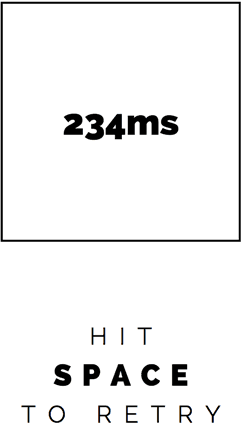 Since I didn’t know when the square was red I was always displaying a score, even on misfires. I’d broken the game.

Another popular history-sniffing trick is to hide non-:visited links by making them appear the same color as the background. This paper shows some clever examples, as does this game. By simply flipping this technique we can hide score text over the white non-:visited links. For extra fanciness, we add a red text layer to indicate failure.

With just the first two tricks we have a functioning game. Probing one link at a time covers ~60 links per minute and provides solid user insight. Tricks #3 and #4 improve our search algorithm,2 increasing read-speed by ~10x.

This paper builds an n-input OR gate in CSS using alpha-blending rounding errors. I’ve embedded my own cross-browser version below; click Result to see it in action:

See the Pen n-input OR gate in CSS by Riley Shaw (@rileyjshaw) on CodePen.

An OR gate is on if any of its inputs are on. We can use this to probe n links3 at once by stacking them together. Now if a user sees red and hits the spacebar we know that one of the links in the group has been visited.

This trick figures out which of a group’s links have been visited. We can divide each group into a binary tree for searching but can’t rely on simple conditional search algorithms4 since we’re rate-limited by the user’s reaction time.5 This means that we must maintain state in our own stack.

If you’re curious about specifics, the whole project is on GitHub. Since the code’s cluttered with game logic I’ve written a stripped-down version of Trick #4.

Despite the gains achieved in Tricks #3 and #4, relying on user input will never be as fast as the old getComputedStyle method.6 Since we can no-longer automate color tests, is it possible to avoid looking at color altogether?7 Testing 16 links requires alpha-blending 4,096 elements at each step.8 This is a non-trivial operation; can we infer what the browser is drawing by testing render and redraw times?

This is a timing attack and I’m not the first to apply it to this context. Pixel Perfect Timing Attacks with HTML5 is a fantastic white paper by Context Information Security on the subject. They were able to successfully implement timing attacks using CSS’s text-shadow property and SVG filters.9 So, there’s the answer. Now go read that paper.

I won’t be taking over the world with this project10 but it demonstrates some interesting vectors. More security patches will be released, more creative hacks will arise; all it takes is a toehold and some creativity. Powerful new features make room for novel vulnerabilities. And so it goes.

And if you made it this far, just play the damn game already!